How to Become a Preschool Teacher

A Step By Step Guide to Help You 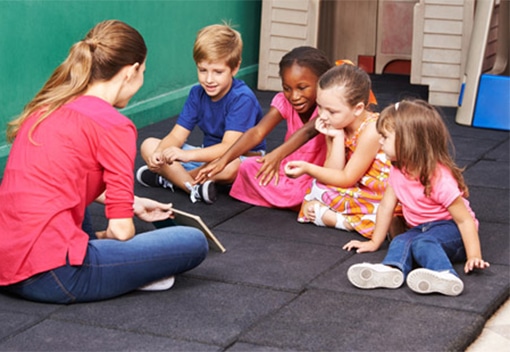 ECE stands for “Early Childhood Education.” It was believed in the past that a preschool teacher was more of a glorified play monitor. Today, that has changed considerably, especially with the emphasis on learning word concepts, letter and alphabet awareness, and emerging reading skills in preschool. Also, there is an emphasis on children learning more about science and their world before they enter kindergarten.

Today's preschool teacher also is considered an important part of getting children ready for the rigors of school because of the federal and state-funded Head Start preschool programs that exist around the country. These programs also emphasize teaching children social skills in addition to emergent reader skills and science concepts.

Because of the importance of quality preschool teachers, the standards for entry into the field have increased as well. Preschool teachers can be found in Head Start programs, public schools, and private daycare programs. Some teachers work the traditional 10-month school year but others work a full 12-month year.

All preschool teachers need experience working with children, a high school diploma, a certification, and if you’re teaching in a public school, you’ll likely need to have a bachelor's degree. You will need to have patience, be caring and kind, and quickly learn to develop classroom management skills.

What will you do?

Types of learning experiences will include reading and reading readiness activities, reading aloud to students from books, hands-on science activities, and art activities that support learning about reading, writing, and science. Students will also learn social skills in lessons supplied by Head Start to their teachers.

Teachers are responsible for knowing age-appropriate classroom management strategies that help students learn how to take responsibility for their behaviors and their impact upon others.

Preschool teachers are also responsible for training and directing the work of teacher aides and volunteers in the classroom and communicating with parents and informing them what they can do as partners in their children's education.

Preschool teachers usually do their lesson planning for upcoming lessons either in their classroom after school or at home. They may find that they need to reflect upon their teaching daily in order to ensure that they are creating a space in which all students are learning and growing educationally and socially every day. This will involve individualizing instruction, using grouping strategies, behavior contracts with some students, and scaffolding instruction in cases where students do not have requisite skills to meet the standards of the lesson.

Preschool teachers will need to maintain accurate metrics on each student's learning.

These bachelor's degree programs usually require the preschool teaching candidate to do some supervised teaching as a part of the program. They will also need to have a grasp of the current research on emergent reading and emergent readers.

Many community colleges offer programs in ECE, training the next generation of preschool instructors. If you do not have enough money and/or scholarships lined up in order to attend a four-year university right away, you can begin as an ECE major at a community college and later transfer to a four-year institution. It is essential, though, to ensure that you take class work that is transferable to the four-year institution.

There two major certifications that are required of preschool teachers. The Childhood Development Associate (CDA) credential is required for childcare centers. It requires 120 hours of ECE training that must be divided among eight subject areas. One must complete an examination and a review of one's training. After acceptance, the candidate then must complete 480 hours in a childcare center to fulfill the requirements for the center-based CDA credential. This credential must be renewed every three years and can only be renewed with proof of a required number of hours of extra training, continuing education units, or courses in ECE.

The CCP credential certification involves multiple tasks. One must be over 18 years of age, have a high school diploma or equivalent, have completed 720 hours of work in a licensed, center-based early childhood facility, have completed 180 hours of training, pass an examination, submit a portfolio, be assessed in formal observations, and submit parent evaluations and letters of recommendation.

The CCP credential must be renewed in two years with 24 hours of continuing training in your field.

As of 2012, the Bureau of Labor Statistics (BLS) reported there were around 438,200 preschool teachers in the United States. By 2020, the BLS expects this number to rise to over 514,000 teachers. It is possible for this figure to increase even further if legislation, such as that proposed by Vermont Senator Bernie Sanders passes, which would make preschool education free for all children age three to five. Other politicians have made such proposals in the past. Even if such a proposal is not passed into law, the upward trend of demand for preschool teachers in the coming years is 10% percent, which is well above the level of most jobs.

Because of the heightened awareness of the importance of the role of preschool education for reading remediation and children being able to learn about their world, as well as the increased education, certifications, and testing these positions now require, there is an upward trend in the amount of pay that preschool teachers can expect to make.

A California Head Start teacher who possesses a bachelor's degree will earn between $30,623 and $34,794 annually and the same Head Start teacher with only an associate's degree will only receive $23,614 to $32,756. A counterpart K-12 teacher averages over $67,000 per year. Until this pay disparity between K-12 and preschool teacher salaries decreases, Head Start is expecting to see turnover in their teacher ranks to increase, since their requirements for teacher education have increased.

Job Duties of a Preschool Teacher